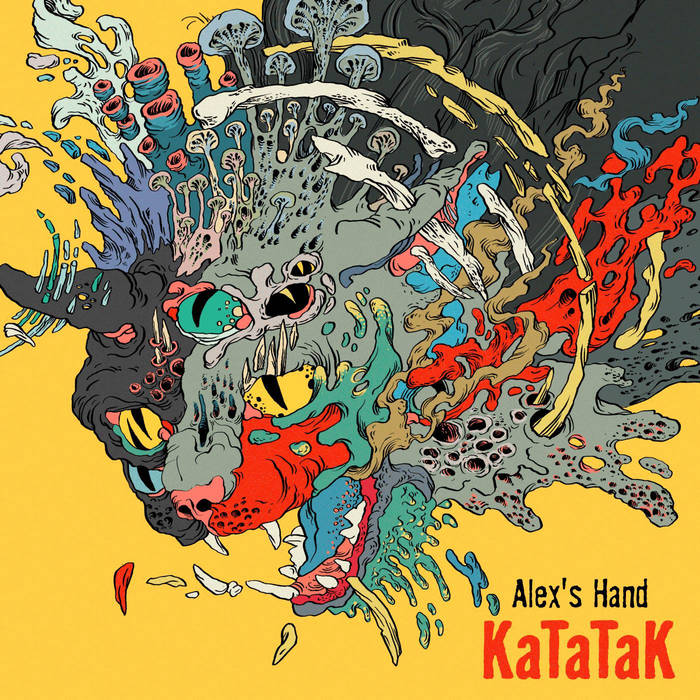 "KaTaTaK" is the 4th studio album by the US-born and Germany-based avant-rock-fusion formation known as ALEX'S HAND.
No overall concept this time. Just sort of story oriented. The first piece "Waterfalls" is about paranoia and sort of an homage to Thomas Pynchon's novel "Gravity's Rainbow". The second piece "Epic" is sort of a musical experiment with richety robot style jazz. The third piece "Ghost Peppers" is about someone eating a ghost pepper and being possessed by the devil...

All music was recorded in 2014-2015 in Berlin, Germany. The music was primarily written by main players: Nic Barnes, Kellen Mills and Ben Reece. Recorded within a generally live context with a very small amount of overdubs. Mixed by: Kellen Mills (main) and Nic Barnes. Mastered by: Allan Shotter.

Art direction and graphics by ZonderZond.