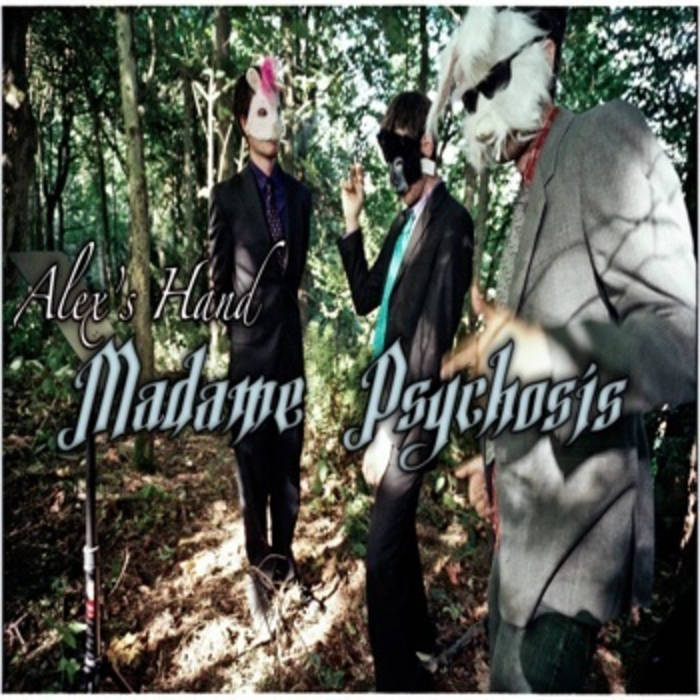 
"As they totter and lurch through the four songs on their debut EP, Alex’s Hand are almost pure Halloween. It’s not just their affinity for macabre subjects, but their larger-than-life, cartoonish demeanour. They don’t just bring weird to the table – they slap it down on top, like an oversized pair of dirty boots, and then stare you out until you say something about it.

Underneath their gurning and silly pseudonyms there’s some fine musicianship – you’d expect no less from Seattle art-rockers who revere Zappa, The Melvins and The Residents. Yet the band’s prime fuel is atavistic spasms of prehistoric zombie jazz; trainwreck rock-and-roll; jarring faux-boondocks punk. They sound like a wrecked stovepipe hat, or an outgrown tuxedo with the elbows worn shiny: or like a quick rimshot played off the jutting, grimy wrist of a backwoods murderer. The tensions between their darkness, their outright goonery and their twists of clever, carny campery give them their particular flavour. Often, Alex’s Hand come across like a leering, anarchic ‘Muppet Show’ parody of Nick Cave: telling tales of blood and chaos, crawling on all fours, but winking hard as they do so."


All music written by Alex's Hand.

Except for:
Electric Guitar solo on Stalker by Ben Reece.
Piano/Organ/Synth on Reception by Stephen Barnes.